A comedic force the past couple of decades, Jennifer Coolidge has arguably reached legend status in the last couple of years, fleshing out and stretching her acting aptitude with last year’s Promising Young Woman and this year’s Swan Song (with Udo Kier), not to mention HBO’s hot new drama The White Lotus. The latter should earn her some awards if there is any justice in this world.

The busy character actress has been popping up on TV and in films forever, and stealing every scene she’s in. Her parts in Christopher Guest’s slate of mockumentaries including Best in Show, A Mighty Wind and For Your Consideration remain notable and quotable to this day. And then there’s the two beloved babes that fans stop her on the street for: Paulette, the kind-hearted manicurist and bestie to Reese Witherspoon in the Legally Blonde franchise and the lady who made MILFs a thing, aka “Stifler’s mom” in the American Pie films.

Coolidge’s gift for playing colorful, often unintentionally funny ladies is a given at this point, but we always wondered if she identified with them or if she was anything like them in real life. 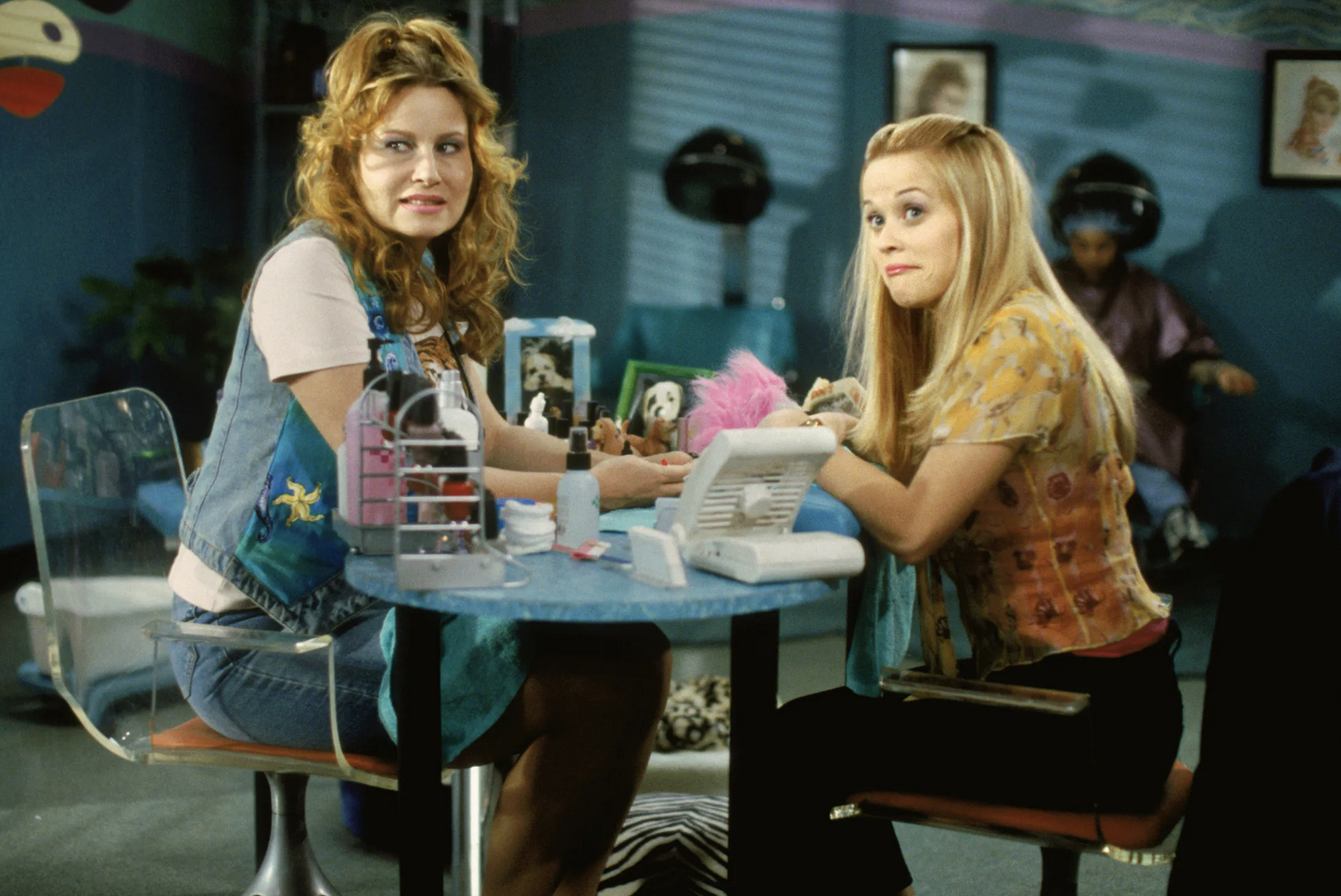 “I remember having that audition for American Pie and I remember it so clearly because I remember thinking the audition was too easy,” Coolidge tells Village Weekly by phone from her home in New Orleans. “They needed someone who was attracted to young men, and I was like well I’m attracted to young men… A lot of my life I felt like Paulette [from Legally Blonde] too. They are different parts of me. I can be very amorous, and like someone who does well in that department, and then I’m the other extreme to where I’m very insecure and I take a lot from people. So I project way too vulnerable sometimes for the modern world. I need to be more like Stifler’s mom probably more often than Paulette, but if you told me beforehand I would get both roles I wouldn’t have believed you. You know sometimes you go and see a director and just pray to god that you’re in sync with the character because it’s so much easier if the feelings match.”

With a deadpan delivery and bodacious style that’s all her own, it’s hard to imagine anyone else in the above-mentioned roles, so much so that even Ariana Grande has been doing impressions of her on late-night TV. Her cadence is the same in real life (for a lot of comic actors it isn’t) and she’s as charming on a phone chat as she is on screen; extremely present in conversation, taking pauses to really think about the questions posed. As with the characters she plays, her answers are honest and a little bit droll. Coolidge is complex and her comical take on other complex characters (and simple ones) is something to behold, especially lately.

In a heart-wrenching White Lotus scene, her character Tanya – a self-professed “alcoholic lunatic” – talks about the “layers” of personality and how many of us fear that letting someone see beneath them to the real “us” (or to “the core of onion,” as she calls it), can be terrifying. It’s a poignant and awkward scene, and in a series about white privilege at a posh Hawaiian resort, Lotus is filled with many of them. Coolidge stands out though, especially during a gloriously cringe-y boat scene in which Tanya attempts to scatter her verbally abusive mother’s ashes at sea. Reportedly the actress got sea-sick during filming and used the discomfort to inform her performance. It really worked.

But there are always contrasting facets to Coolidge’s portrayals and she says her improvisational background with The Groundlings laid the foundation. “In a nutshell, it made the biggest difference for my career than anything else, or any sort of schooling,” she asserts. “I was sort of uptight and it got rid of a lot of that, performing all the time over there. And like 95% of my best friends are from the Groundlings. Everybody in my group got famous too.” 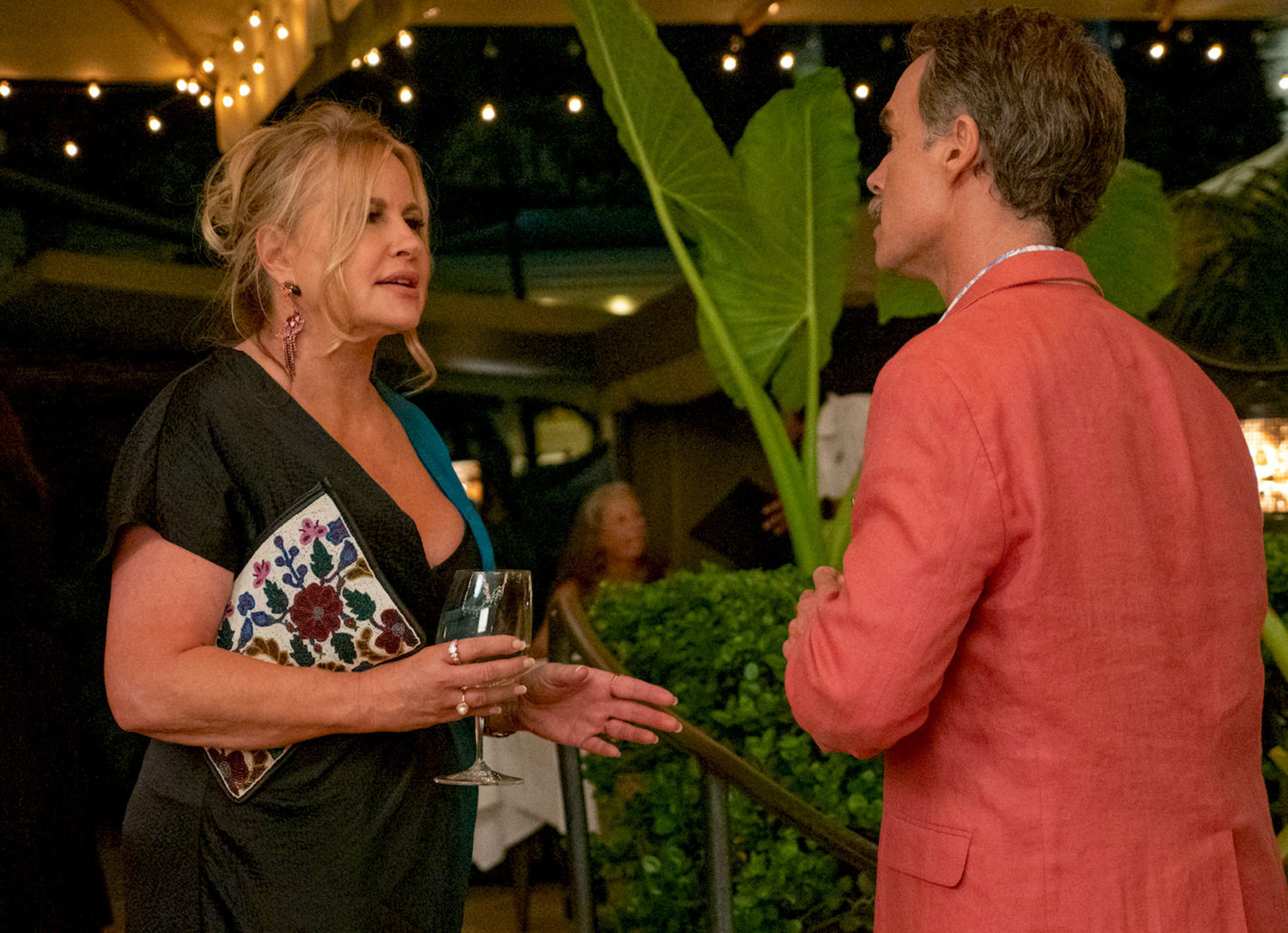 She runs through the alum list from her time working with the New York and Los Angeles chapters and it is impressive: Kathy Griffin, Lisa Kudrow, Will Farrell, Melissa McCarthy, Chris Kattan, Cheri Oteri, Ana Gasteyer, Will Forte and more. “The list just goes on and on,” she exalts. “All these incredible people were there.”

No surprise many Groundlings alums went on to join the cast of Saturday Night Live and eventually hit the big screen. After Coolidge did a couple of low-budget comedies, her first big movie was alongside Farrell and Kattan in Night at the Roxbury, and other classics with friends followed including Austin Powers: The Spy Who Shagged Me, Pootie Tang and Zoolander. Her first TV gig was as a masseuse who dated Jerry on Seinfeld, and her last big TV role, on Two Broke Girls, was equally memorable.

Even when she’s playing “dumb blondes,” they are never one-dimensional. Much like Catherine O’Hara whom she worked with on Guest’s improvisational classics, the actress can embody a variety of big female personalities, infusing naivete and/or sass when called for, and a satiric energy that’s become her signature.

In Swan Song, for example, she plays it straight, as Dee Dee Dale, a woman who betrays her hairstylist mentor Mr. Pat (Kier) after she takes his biggest client and opens a salon across the street from his. The Todd Stephens indie has plenty of feel-good moments, but it’s not a comedy, and Coolidge is actually kind of the villain.

“The last year and a half was super weird because I started being offered things I wasn’t normally being offered, ever,” she answers. “And I like the new things that are coming up because you know, it’s a nice change. Promising Young Woman was filmed a few months before Swan Song. Then COVID delayed everything, so those two parts came kind of together.”

“Sometimes I’ll get calls and guys deliver scripts to my doorstep,” she continues on the topic of type-casting. “I always felt like I knew what they were gonna be, especially the ones that sounded like jobs I’ve already done or similar parts. But you know Promising Young Woman started all this and then Swan Song and then The White Lotus. It’s a very different bunch of films and it’s almost like each director got together and said let’s do something different for her… like they were all in cahoots, each one offering something new.” 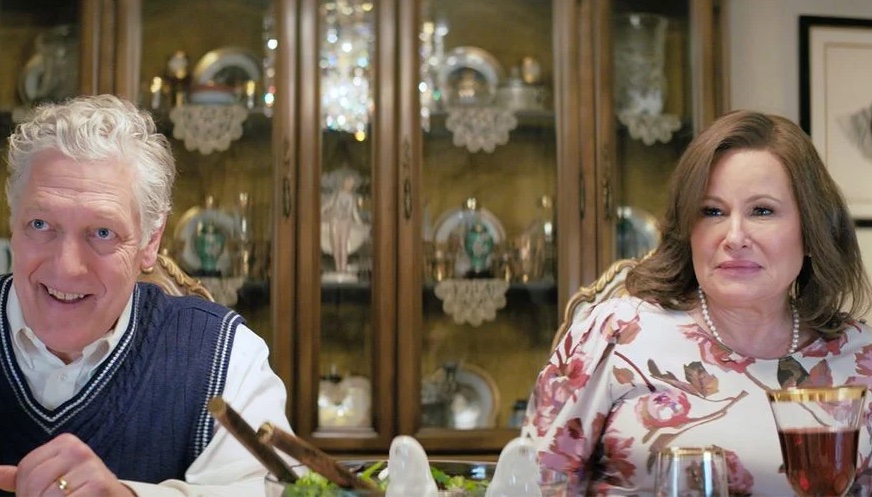 Coolidge plays a very different kind of mom in Promising, but she meets her match in Swan Song, playing opposite Kier, an equally busy character actor. “Yeah I mean when I first heard about the role I called Todd and was like, ‘Are you sure you want me in this?’ You know I said I might be missing something here, and she’s pretty rough around the edges,” she recalls, adding that the opportunity to work with Kier added to the appeal. “I’ve never met anyone like him. He has such a presence in the movie but you know, it’s kind of a legend playing a legend. The thing I learn as I get older is that there aren’t that many people like that, so it’s a true treat to be on a job with someone so unusual and unique and funny. You know, there are so many possibilities for him now and I think incredible things are gonna happen to him and it’s because of his presence in this film.”

The same could be said for Coolidge at this moment. Her latest roles have been widely praised to the extent that she can surely be picky about what’s next. In addition to her film work, she continues to lend her recognizable voice to animated TV shows such as King of the Hill and Rick and Morty – something that can ingrain an actor like herself into pop culture, and probably already has.

In many ways, Coolidge is like a cartoon character herself, though the way her roles are drawn keeps changing. Whatever she tackles next, count on lots of colors, some laughs and yes, lots of layers.